Based on a case called Dickhoff v. Green the Minnesota Supreme Court has ruled that there is a claim for “loss of chance” that is the lost or diminished chance of a full life expectancy. In theory his claim would apply in situations where there is a living plaintiff who has a shortened or reduced chances of full life expectancy.

Minnesota now has a Jury Instruction under MNCIVJIG 80.11 for “Loss of Chance” which would allow for a claim for diminished or reduced chance living a full life span, had the neglect not occurred.

The Loss of Chance Doctrine had traditionally two types of claims one for a reduce chance of a full live expectancy. Usually a claim where the number of months or years of life is reduced due to the neglect, in theory brought by that person or their representative. A Loss of Chance of Survival claim is a claim where the injured party dies and they lost their chance for survival.

The Lost Chance of Survival Claim would be brought by the next-of-kin of the deceased. An example would be a failure to respond to a change in condition including after a fall or other injury, or a failure to provide CPR.

Wrongful Death Loss of Chance as An Alternative Theory

There is a new Minnesota Jury Instruction, MN CIVJIG 80.96 titled “Wrongful Death – Loss of Chance as an Alternative Theory. Which allows a plaintiff to argue for both a traditional wrongful death claim and a loss of chance of survival claim. The difference would be in whether the jury believed the neglect was the “direct cause” of the death or if the negligence in providing care and treatment was a direct cause of the reduction in the chances of survival. The jury would then be asked to determined what the reduced or diminished chances of survival were and apply a proportionate formulation to the damages.

For a free consultation with Kenneth LaBore an experienced medical malpractice, and wrongful death attorney call 1-888-452-6589. Mr. LaBore is willing to travel to you if needed and serves the entire state of Minnesota. You can also email Ken LaBore at KLaBore@MNnursinghomeneglect.com. 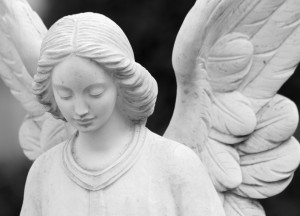 Tell Us Your Concerns